As you might expect, in 7 months a lot has happened!

The basics of the garage/apartment are done. 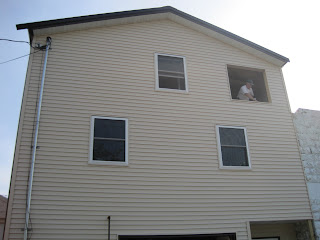 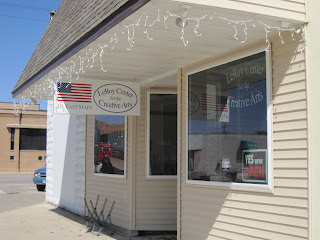 As I got to seeing the volume of space made available by switching to a gable type roof I decided to put an auditorium above the existing retail area. That is now done and we had the inaugeral concert on June 11. The Irish Minstrels of Spring Valley, the same group we had for the Grand Opening, played and played very well. A home video of one of their songs can be seen at http://www.youtube.com/watch?v=NBDoDnDKwRo&feature=recentu. 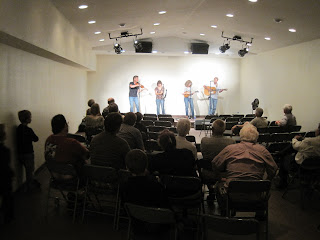 In order to be sure that was done on time I'd requested the rest of the project be put on hold. Now the workers (Southern Builders, of LeRoy) are back at that and I hope to be moved in by September 1.

In the mean time, on July 23 Brad Boice will be presenting his Elvis Tribute show at 7:00 in the auditorium.
Posted by Dave at 10:55 AM 1 comment: